Temperature plays a major role in the performance of your lighting system. This can be concerning considering that facilities such as manufacturing spaces commonly see ceiling temperatures above 100°F. In this blog, we dive into the relationship between temperature and the effect it can have on your LED lighting system.

In general, there is a close correlation between the temperature of an LED and the amount of light it produces. The cooler the environment, the more lumens or light an LED will be able to produce. Therefore, controlling the temperature of your space will help ensure you maximize the efficiency of your LED lighting system.

To the right, we can see that 100% light output is reached at 25°C or 77°F and as temperatures increase beyond that, light output slowly decreases. This may be concerning at first because certain facilities reach temperatures well above 77°F but we need to look closer. At 48°C or 120°F, LED’s still maintain around 90% of their light output so even at high temperatures, the effects are not highly concerning. 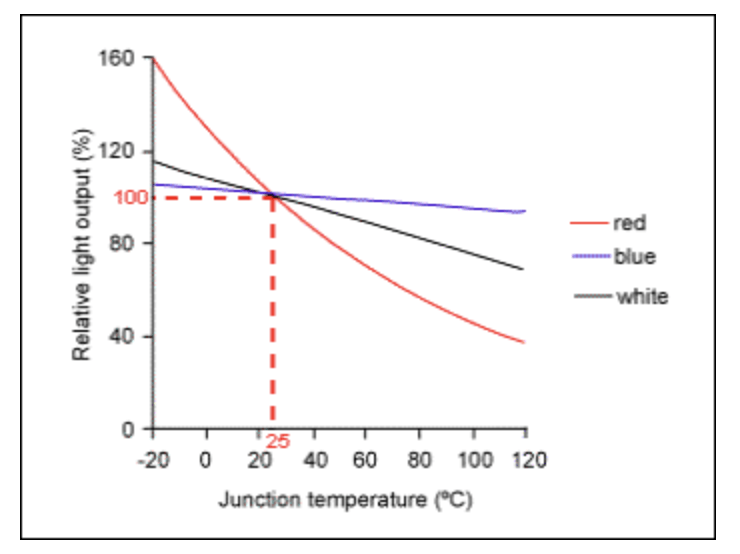 Overall, LED’s light output is affected by the temperature of the environment they are installed in. Most facilities operate under 77°F so temperature should not be a concern. In high-temperature facilities such as manufacturers operating at 100-120° F, you may see slight decreases in light output.  Looking at the other end of the spectrum, LED’s perform extremely well in cold temperatures.

Power over Ethernet or POE lighting is a lighting system that is connected and powered using ethernet (Cat 5/6) cables. Since LEDs now require such…

The number of electric vehicles on the road is expected to reach 18.7 million by the year 2030. As electric and plug-in hybrid vehicles have…

Tenant Attraction  If you own a commercial or residential building, attraction and retention of tenants is extremely important for the financial health of your investment.…